Saint Lucia is an island of the East Caribbean near the Atlantic Ocean. It is located at the north of Saint Vincent & Grenada and south of French martinique, part of the small Antilles. In the 17th and 18th centuries, St. Lucia had occupied by Britain and France 14 times, and the British had completely occupied the island and ruled it as a separate administrative unit in 1803. It announced the independence from the British on February 22, 1979. The British Queen Elizabeth II as the head of the Governor,the current governor is Dame Pearlette Louis, the Prime Minister is Allen Chastanet. The capital is Cassie Cui, and the area of Saint Lucia is 616 square kilometers. The total population of Saint Lucia is about 17 million people, and their educational rate is reached to 93%. Tropical maritime climate and beautiful scenery create an ideal tourism country. The annual temperature is between 25 to 33 degrees Celsius. The Gros Piton (Petit Piton) is one of the world’s heritage sites. There are many snorkeling spots around Saint Lucia,visitors enjoy sunlight and beach here. The Jazz Festival on May and the Carnival on July are main festivals attract thousands of tourists coming and celebrating together. The tourism industry is the most important economic source of Santa Lucia,visitors are from the United States, the United Kingdom, Canada and other European and America countries. According to the statistics of the State Tourism Bureau, it accumulates about 1 million foreign visitor per year, and it contribute of 65% of GDP and provide the majority of employment opportunities in the industry. It is the most potential industry in Saint Lucia.

01. Required document to study in International schools in Taiwan , in that children have chance to accept international standards education.

02. Set up offshore companies and OBU

04. No age limit, no residency requirement. 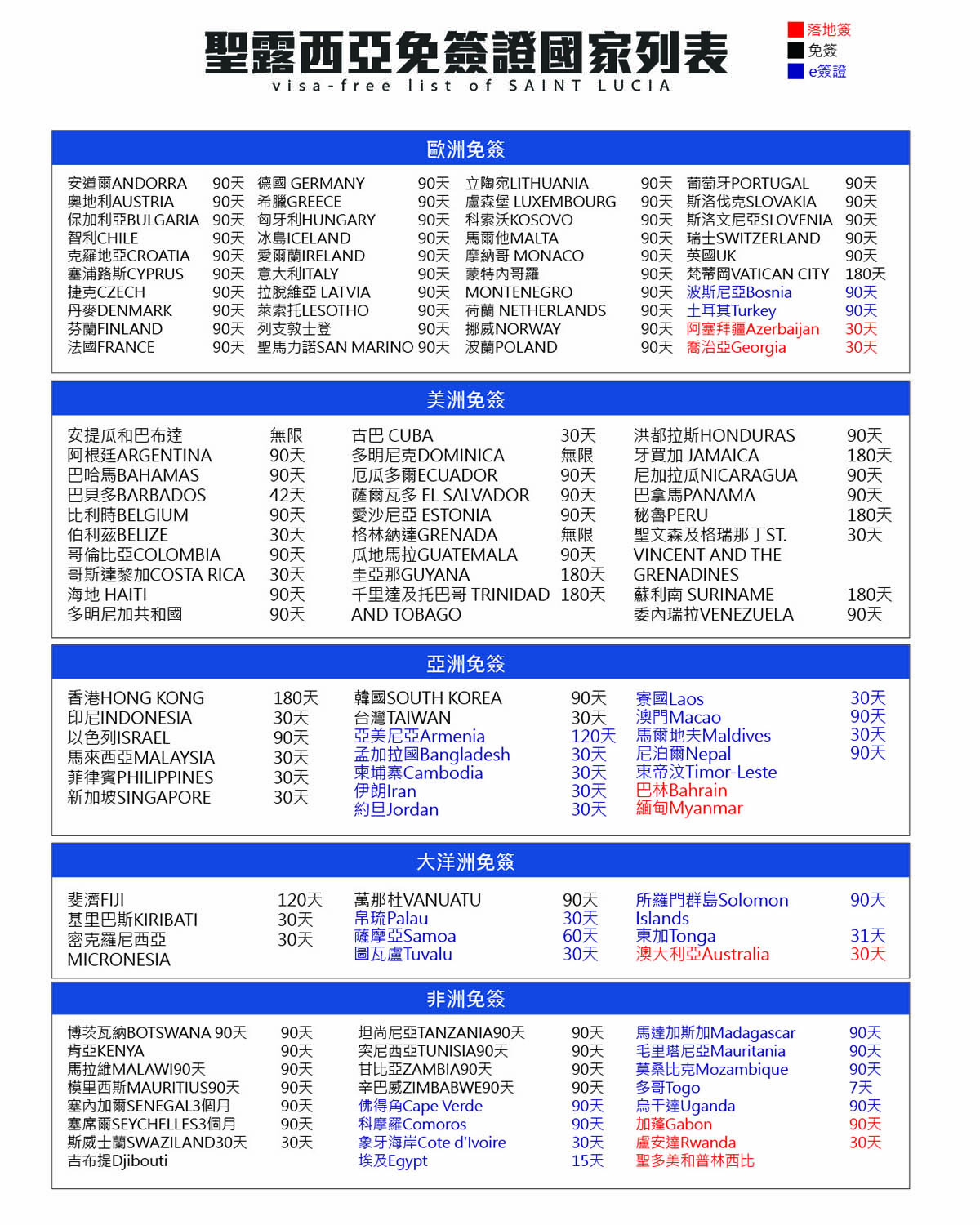