Located in the Central American Caribbean region of the small Antilles, north of the Leeward Islands, the British occupation of St. Christopher Island after its name is simplified to St. Kitts. It is the first British colony in Caribbean region, and the British used this island as a transit point, continued to expand the colonial territory in the Caribbean. St. Christopher island and Nevis Island are formed as the federal island countries, and these islands were independent and become a British commonwealth kingdom in 1983. The current tourism development is the fastest, and its annual growing rate is 18%. St Kitts and Nevis has become the most potential development country. The tourism is an important source of domestic earnings. Travel revenue in 2000 was $ 57.2 million,and it was $ 61.2 million in 2001. Total number of tourists is 380112 in year 2007, including 125026 overnight visitors, 255086 cruise passengers. Most tourists come from the United States, Europe and Canada. The sugar industry is an important source of the economy in St. Kitts. Tourism, offshore banking and manufacturing are becoming increasingly important, and St Kitts has the largest electronics assembly industry in the Eastern Caribbean region. The small offshore industry is popular, and 15,000 international companies settled their offshore companies here and it become one of important sources of earnings too.

Under the Citizenship Program, you are eligible for citizenship in St. Kitts and Nevis and provide a non-refundable charitable donation 250,000 to the Sugar Diversity Foundation (SIDF). Accompanied family members will be charged additional fees. Applicant and their families will receive passports after their application are approved by government,then they can enjoy visa-free travel to more than 130 countries, including Canada and the European Union and other countries. Compared to other European migration programs, St. Kitts policy is relatively easy and fast.

7 advantages to invest in Saint Kitts and Nevis

7. / Visa Free travel to more than 100 countries – including Taiwan, The United Kingdom, Ireland, Singapore, Hong Kong, mainland China and so on.

The principal applicant can apply with their family members for citizenship together. 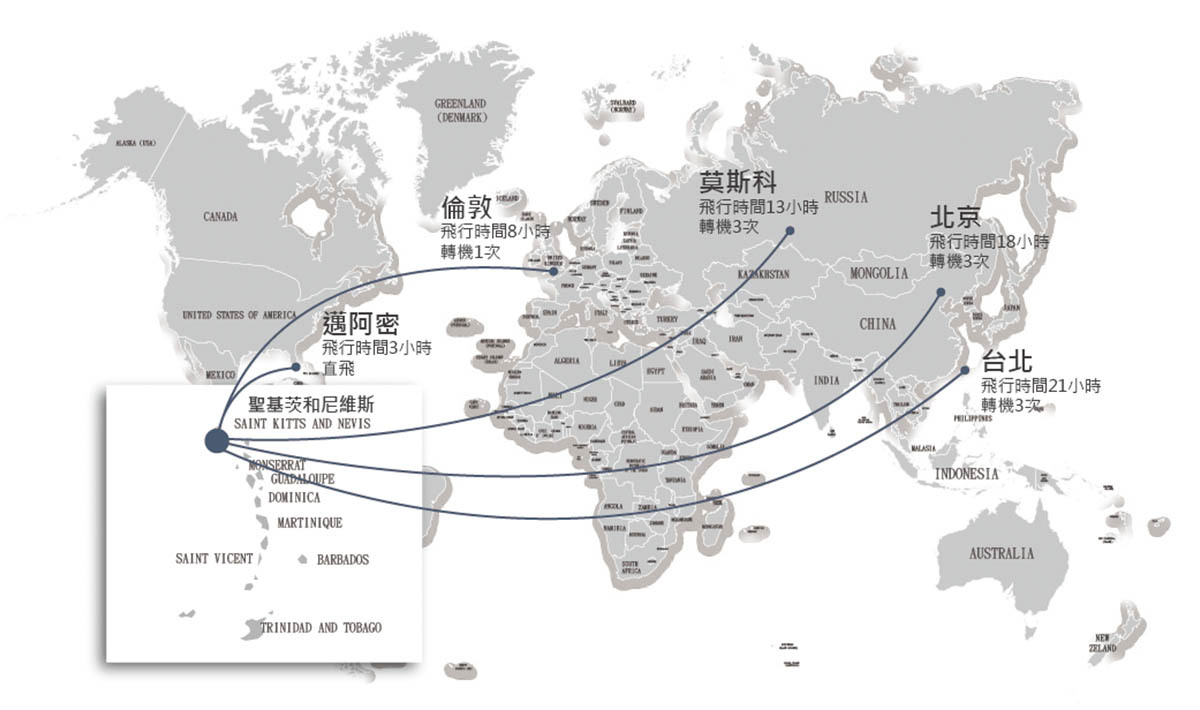